Now and then: A look at Quinte’s music scene

Goettler, 68 and Baragar, 69, were born and raised in Belleville and took to playing music at a young age, largely thanks to a blossoming scene of local bands when they were teenagers.

“When we grew up and wanted started a band, there were tons of other bands already in town,” says Baragar.

While Baragar and Goettler were still in high-school at Quinte Secondary, they formed a band called Sands of Time that would go on to reach significant national success.

“My brother, Dennis, got an invitation to try out for Sands of Time who was just starting out at the time. He wanted to use my amp and microphone for the tryout, so I tagged along and we both made it into the band,” said Baragar. 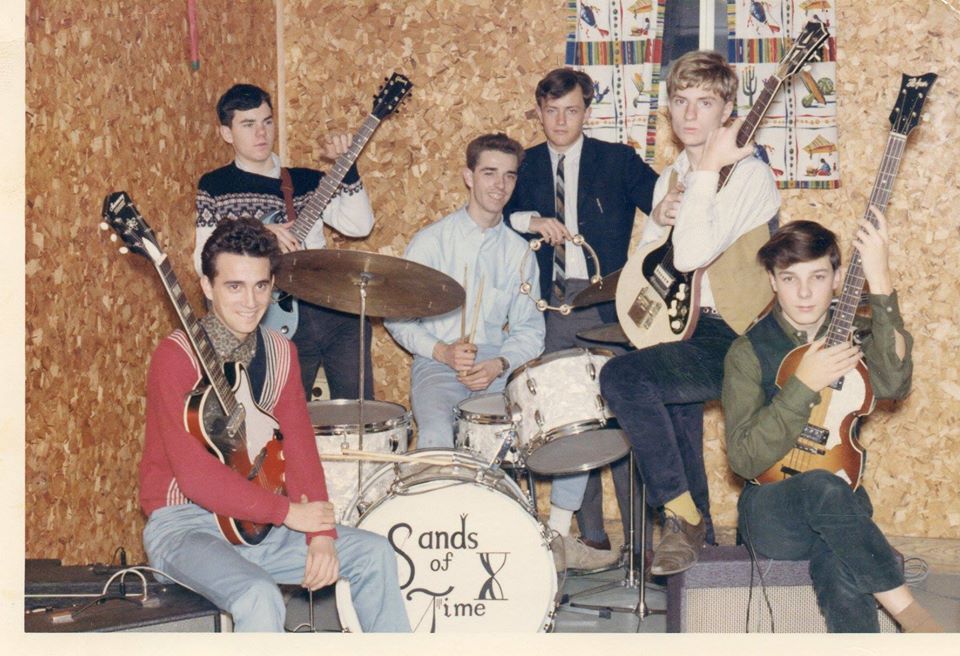 The band was organized of members Ted Elvins (guitar), Timothy Campbell (vocals, guitar), Al O’Hara (drums), Michael Goettler (bass) and Dennis and Eric Baragar (guitar). Sands of Time wasted none of the sort and played shows anywhere they could during their time in high-school.

“We played almost 250 times a year. The scene was so different, there were so many places to play,” says Goettler.

To this day, they are regarded as one of the youngest bands to ever tour Canada.

After playing more than twice a week for a couple years, Goettler says Ken Williams, the band’s manager at the time, (now a real estate agent in Belleville) presented Sands of Time with a groundbreaking recording opportunity.

“When we were 18, Ken Williams, our first manager, got us an audition for a record label. We recorded a single at RCA Studios in Toronto called ‘I’ve Got A Feeling.’ It made it all the way to number two on the Canadian charts in 1970.”

After their record label fell apart due to financial issues, Sands of Time separated in the early 1970’s, making them well-known as a one-hit-wonder band. Later on in the decade in 1977, Baragar and the rest of the former Sands of Time gang recruited vocalist Dan Thompson and began making music under the name Bentwood Rocker. Forty years and 11 studio albums later, Bentwood Rocker is still playing shows and releasing music in Belleville. Baragar has also invested heavily into recording, operating a sizable studio out of his basement. 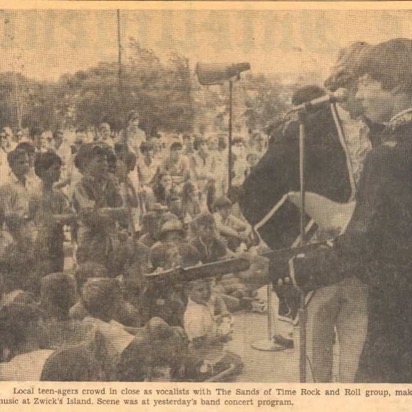 “Back then, live music was it. You went to go and see a band, that’s what you did for fun.” Sands of Time would play in venues all over Quinte, like Zwick’s Island in 1967. Photo Courtesy of Eric Baragar

Baragar and Guettler attribute a lot of their success as musicians to the music scene four decades ago in the Quinte area. They say that the culture nowadays regarding local music has changed and that community engagement is what fuelled local artists in their time.

“Back then, live music was it. You went to go and see a band, that’s what you did for fun. Most people couldn’t afford records. High schools were such a important part of this. In fact, Belleville high-schools would rotate and take turns throwing gigs. That’s how much music there was, it was competitive. Today, there are hardly any live venues left to play new music at,” says Baragar.

Goettler was more blunt about the current state of the music scene.

The bandmates place some of the blame for this stagnancy on the differences between their generation and young people today. Goettler and Barager are part of the baby boomer generation, where there were just simply more young people in the community:

“In our generation, there were kids everywhere. There was a large audience at all times for the music you were putting out, now, there are less people which means less music and less people to listen to your music around here.”

Baragar says that artists who write original music have it harder than cover bands when it comes to getting gigs. “Around here, venues don’t want you if you don’t play covers,” he says.

This area has produced notable talent. Avril Lavigne was born in Belleville and was raised in Napanee. The Wilkinsons, from Trenton, have had several Canadian hits. Arguably the biggest rock band in Canada right now, The Glorious Sons, are from about an hour away in Kingston and have played in Belleville at the Empire Theatre for Rockfest in 2018. Dozens of smaller artists have also made noise throughout their years in the region.

“Today, there are hardly any live venues left to play new music at.” says Baragar.”